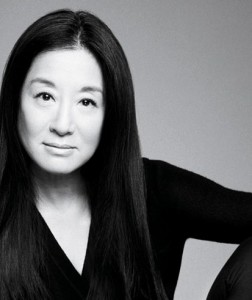 Vera Wang was born June 27, 1949 and is an American fashion designer based in New York City and she is a former figure skater.  She is known for her wide range of bridesmaid gowns and her wedding gown collections, as well as for the elite ladies figure skaters, which she designs dresses for competitions and exhibitions.

Vera  is of Chinese decent and was born and raised in New York City and is in every word total beauty. Her parents where from Shanghai, China, and came to the United States sometime in the 1940s. Her mother worked as a translator for the United Nations, while her father,Cheng Ching Wang, owned a medicine company. Get more news here

Vera's brother, Kenneth the New Zealand politician. Vera Wang  graduated from The Chapin School in 1967, and attended the University of Paris where she received her degree in art history from Sarah Lawrence College.

Vera began figure skating at the very young age of six. she trained with pairs partner James Stuart, and competed at the 1968 U.S. Figure Skating Championships While in high school. When she failed to make the US Olympics team, she decided to enter the fashion world. ﻿

Wang  married Arthur Becker in 1989. They lived in Manhattan New York ﻿with their two adopted daughters: Cecilia was born in 1990, and Josephine was born in 1993. Vera Wangs daughters adopted

Becker was the CEO of an information technology services company known as Navi-Site until August 2010. In July 2012, the Vera Wang Co. announced that the couple had separated.  Beginning in 1970, Wang was a senior fashion editor for Vogue but left Vogue after being turned down for the editor-in-chief position currently filled by Anna Wintour and joined Ralph Lauren as a design director for two years.

Vera has designed costumes for figure skaters, such as:  Nancy Kerrigan, Michelle Kwan and Evan Lysacek. Silver medalist Nancy Kerrigan wore a design of Vera's for the olympics in 1994.  She designed the two-piece uniforms currently worn by the Philadelphia Eagles cheerleaders.

On October 23, 2001, her book,  Wang on Weddings, was released. In June 2005, she won the CFDA (Council of Fashion Designers of America) Womenswear Designer of the Year. On May 27, 2006, Wang was awarded the André Leon Talley Lifetime Achievement Award from Savannah College of Art and Design.

Wang was inducted into the U.S. Figure Skating Hall of Fame in 2009, and was honored for her contribution to the sport as a costume designer. Twenty years after opening her first bridal boutique, Wang was awarded the Leadership in the Arts Award by the Harvard-Radcliffe Asian American Association. She accepted the award on April 17, 2010 at Identities, the Harvard association's annual charity fashion show. ﻿Wang's evening wear has been worn by stars at many red carpet events, including Viola Davis at the 2012 Academy Awards.

She opened her own design salon in the Carlyle Hotel in New York in 1990 that featured her trademark bridal gowns. She has since opened bridal boutiques in New York, London, Tokyo and Sydney, Australia. and she has expanded her brand name through her fragrance, jewelry, eyewear, shoe and houseware collections.

White by Vera ' launched in 2011 on February 11, at David's Bridal. The bridal gowns range from $600–$1,400 which gives brides a more affordable way to wear Vera's designs. In 2002, Wang entered the home fashion industry and launched The Wang China and Crystal Collection, followed by the 2007 release of her diffusion line called Simply Vera.

In June 2012, she opend her third global and first Asian flagship store 'Vera Bridal Korea', helmed by President Jung Mi-ri, in upmarket neighbourhood Cheongdam-dong in Gangnam-gu, Seoul. In popular culture her works have often been referenced in popular culture. In the Sex and the City TV series, Charlotte York found Wang's wedding dress to be the perfect wedding dress, and wore it for her wedding to Trey MacDougal.

In the film Sex and the City,  Wang was featured among the bridal gowns Carrie Bradshaw wore in her Vogue photo shoot. In the film Bride Wars, Anne Hathaway and Kate Hudson both wore custom-made gowns. Vera Wang's design was referenced in the NBC television show The West Wing in the episode "The Black Vera Wang".